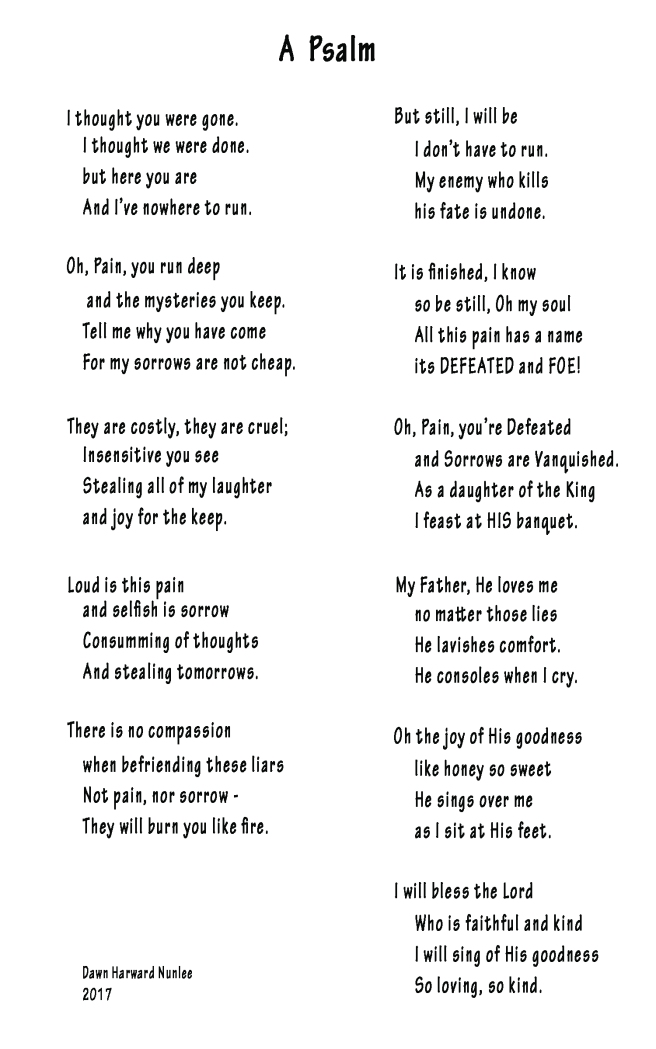 Dawn Nunlee, a native of Texas, was born and currently resides with her husband, Barry, in the city of Fort Worth. They have two sons, two daughters, a daughter-in-law and two son-in-laws, all who are beautiful and fun in their own unique ways. Of course, Dawn and Barry's greatest delights are their four grandchildren who are not only captivating, but have succeeded in creating the perfect storm of grandparents who spoil them... perfectly! Dawn believes that people want to know that they are not alone, so they read and write and create in order to know and to be known in this world - to be connected. She has traveled to four different continents and lived in Italy for 6 years, all the while loving on the broken and and the outcast. In 2004, she went through a personal family crisis which left her devastated and in a state of major depression, at which time she returned home to the States to work through her own place of brokenness. It is from this season which she shares from the depths of her heart concerning The Beautiful Broken. View all posts by Dawn

links, images, HTML, or a combination of these. Edit them in the Widget section of the Customizer.